The founder, Joan Hall is a single mother of four children and grandmother of 5.

“I love to bake, and come from a long line of bakers.    My favorite cake to bake is chocolate, but was sick of my cake tasting no different than anyone else’s.  I’d go to the grocery store and use the same cocoa that my mother and grandmother used for over 100 years.  Sometimes I’d try another cocoa, but frankly I couldn’t taste the difference.  If my recipe called for espresso, I’d grab the only freeze dried espresso the store had which added another $5 bill to the cost of my cake.  Again, I couldn’t taste whether it made my cake any better! All I knew is that I was supposed to think it did.

That’s when I decided something had to change.  We wanted to make the most delicious baking cocoa with espresso that anyone had ever tasted.  It had to be so fresh and nutritious that you could eat it raw in foods, or use it in baking. This journey began in places like Africa, China, Canada, Mexico and Ecuador.  I wanted to find suppliers who didn’t spray, whose employment practices were ethical,  and who had the the best tasting cacao and espressos in the world.  We tested them all,  then after months of refining, mixing, and multiple blind taste tests later, we had CocoaX!  We hope you love us as much as we love you!”

This is NOT your mama’s cocoa!

Joan Hall ~ Love One Another

Be the first to hear about our new products and special offers! 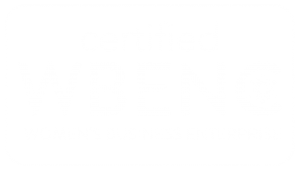